My first encounter with Scion was at an odd part of my life. I ran into Scion: Hero shortly after my return to the US after my stay in Japan, and the idea behind it caught my eye: players are able to play characters that are direct children of one of the many deities from the numerous mythological pantheons, including Norse, Japanese, Greco-Roman, and Aztec, among others.

Seeing that it was produced by White Wolf and was rife with references to mythology (a longtime passion of mine), I couldn’t not get it…and the two sequel books, Scion: Demigod and Scion: God.

The game line allowed you to weave your own tale to be akin to Heracles, being half-mortal and slowly growing into your divine state to eventually ascend to godhood. You’d face trials, fight Titans, and eventually take part in Ragnarok, the twilight of the gods.

A friend of mine and I really got into the game, and while we had a number of problems with it over the two years we spent tinkering with it together, we had to love it for the premise alone.

That said, it shouldn’t shock you that we put our money together to back the Kickstarter at the Twin Scion level when Onyx Path announced a second edition, offering a relaunch of the world and mechanics.

It’s been a year since it was funded, and we’ve been getting various teasers about the progress, including sneak peeks of the various pantheons, with a little look at the mechanics last month. These early notes explain the basics of the Storypath system, the mechanic that will be powering Scion and Trinity.

With their permission, I’m delivering a bit of a review to you of what the new game will have in store for us, at least mechanically.

And don’t worry: when the game is out you’ll get the full blown review like I did when 7th Sea was on the horizon.

Writer’s Note: This is a “review” of an early draft of a game mechanic. There are many changes expected to be made before the final product goes live. The creators have also stated that changes have already been made in the last month, possibly making some points of this out of date.

The Storypath System is meant to provide action, cinematic (and dramatic!) gameplay by utilizing an easy-to-grasp roll mechanic. The game also implements ideas like Scale (to show the difference between superheroes and beat cops) and range bands as ways to differentiate characters and simplify a complex mechanic. Characters are meant to be competent, but there are rewards for failure (like “failing forward”).

It’s pitched as an evolution of the old Storyteller system better suited to gods and superheroes!

Currently, the various sneak peeks range from a dozen pages (via DriveThruRPG) to over thirty pages (from the Kickstarter). The Kickstarter version is obvious more detailed, and provides all of the basics you need to get started to understand how the core part of the game works.

The sneak peek of this chapter also includes gameplay examples, breaking down the game into adventure/story styles and how sample rolls would work.

Scion 2nd Edition, like many story-driven games, starts off by driving home the point that dice should only be rolled at appropriate times. Additionally, there is also a note that dice pools are seldom modified outside of the basic Attribute+Skill, making it much easier to gather dice pools when a roll must be made.

That said, the way to build dice pools is a bit different from the old storyteller system, but should be rather familiar in many ways.

First, players have “Arenas” of Physical, Mental, and Social, which basically represent an overall capability in those areas. These are rated from 1-3.

Next, players have Approaches of Force (head-on), Finesse (wits), and Resilience (outlasting). When they describe their action, it will fit into one of these categories. Characters choose one of these as a “Favored Approach,” and gain +2 dice whenever using that approach.

These two combined will give the Attributes. Each of the classic attributes of the Storyteller system make a return in some way, and represent each Approach with each Arena (Might is Physical+Force, while Dexterity is Physical+Finesse). This gives ratings between 1-5 for each Attribute.

Like Fate Accelerated, an Approach can be used in just about any way. As an in-text example, Stamina (Physical+Resilience) could be used in a boxing match as the means to outlast the opponent and take them out with a rope-a-dope, while Presence (Social+Force) could be used in a social situation to intimidate a target.

From there, Skills add in the rest of the dice pool. These are also rated 1-5, with examples of what can be done at each odd-level rating and any additional rules (languages known, weight lifted, etc) listed. There are 15 skills available at this time, and Specialties grant “Momentum” instead of additional dice/successes/exploding dice that we saw in previous Storyteller systems.

Like other Storyteller games, the dice pool is gathered based on Attribute+Skill+Mods (if any), and are then rolled against a Target Number. In Scion, the default number is an 8, so any die showing an 8 counts as one success, with 10s granting a re-roll in addition to the success. Target numbers chance the more powerful you are (Gods only have a TN 7, for example), and there are ways to get other numbers besides 10 to be rolled again.

From there, things start to get drastically different.

One new note comes in the form of Enhancements. These are things that, in previous games, would simply grant a bonus to your dice pool (like additional dice when swinging Excalibur), but now these are extra successes added to your roll…as long as you rolled at least one success. Teamwork works the same way, which reminds me a bit of how support rolls work in Star Trek Adventures: the leading character must have at least one success to gain any support bonuses, an element I find interesting and love to see in action.

Of course, all help comes at a price, which is used as a balancing act with powerful items or with having too many people helping.

Scale is another new(er) mechanic, which takes things like size and speed into consideration. This will either act as an Enhancement or simply multiply the number of successes rolled based on the level of Scale.

Scion 2nd Edition includes Complications, which also have their own rating, that need to be overcome to avoid Bad Things. Say you’re negotiating a peace treaty, but know the other side has dirt on you they plan to bring into light. You can spend additional successes to keep that from happening, but you’ll need to succeed at the main task, first.

After successes are determined, players may spend them to go against the Difficulty as well as paying for Complications, but may then also spend the remaining successes on Stunts, which are ways they alter the world around them. Perhaps they negotiated really well and gained an ally for it, or they dodged the bullets from the goons and announce that they are out of ammunition. Looking at these makes me think of Boosts, Consequences, and similar effects that many narrative games have been moving toward over the last few years (and yes, I’m loving it).

It is hard to talk about success without mentioning Failure, which takes a bit of a different view here. Failure now grants a “Consolation,” in that it gives an alternative method to resolve the issue or even just grant an Enhancement for a different roll. This is basically “Failing Forward” that I mentioned in my Open Legend review, and it’s great to see other games include the idea that fits within the confines of that particular game mechanic.

On the other hand of failure, we see the return of the Botch: if you don’t roll any successes and there is at least one 1 on the dice, you’ve Botched, and something terrible happens…but you gain something for it, namely Momentum.

Momentum is a shared resource pool similar to the resource by the same name in Star Trek Adventures. Like Star Trek, Momentum can be spent to add additional dice, buy time, or activate a special ability/power, in this case called a Knack.

There are other mechanics such as Mixed Actions (doing two things at once) and Complex Actions (long-term projects like research and Crafting; very much like Star Trek’s Extended Actions meeting Dresden Files Accelerated‘s Thaumaturgy mechanic), as well as an Attitude mechanic that influences Social rolls (granting an Enhancement to either side).

Without seeing the whole in action, such as how Knacks are handled, how wounds/combat are settled, more on a Social “combat” outside of Attitude/Influence/Bonds, and not knowing what sort of powers are in the pipe (first edition had Epic Attributes as well as various Boons and Artifacts), it’s tough to say. To me, with all of the games I’ve read, played, and had the opportunity to run, it feels like the Scion I knew and loved with elements from more of the open, more narrative games that have been gaining in popularity in recent years, including Fate, Open Legend, Star Trek Adventures/2d20, 7th Sea Second Edition, and more.

This is not necessarily a bad thing, as if it works, why not find a way to bring it into your project? The current iteration may bother some players of the old Storyteller games, but those who have played (and enjoyed) the other aforementioned games may feel right at home.

As I’ve stated before, it’s not fair to give an early draft of a game a verdict, especially since it’s only one chapter.

At the very least, I can say: “Color Me Intrigued.”

I was a huge fan of Scion the first time around, but it had an exceedingly awkward (and slow) combat mechanic, a craptacular social mechanic (pulled from Exalted), horrible scaling, and a wonky progression mechanic. Even for it’s faults, I loved it and wished it were better.

Will Scion Second Edition make it better? I’m hoping so. It’s bringing in elements of successful games while utilizing elements that are tried and true from previous game lines, so this has the potential to become either a lovely bit of work with intricate mechanics that move like clockwork or something that starts simple in theory but quickly gets too convoluted and caught up in itself. 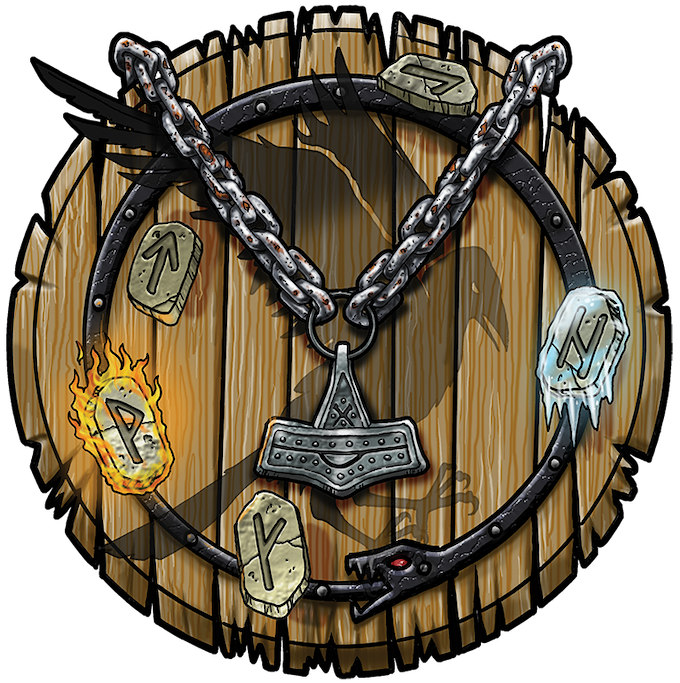 I’m going to ask the nearest Scion of Odin if they are up for helping us with getting the former instead of the latter. . .

2 thoughts on “Weaving A Tale of Gods: Sneak Peek of Scion’s Storypath System”